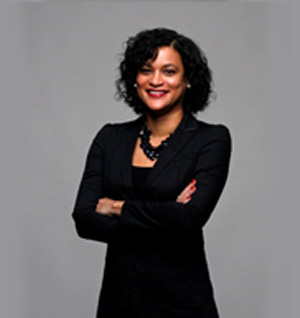 Juliet Hooker is currently Professor of Political Science at Brown University in the United States. She is of Creole descent and native to the Caribbean Coast of Nicaragua.

She was a professor at the University of Texas at Austin from 2002 to 2017, where she served as Associate Director of the Lozano Long Institute for Latin
American Studies from 2009 to 2014.

She has been a visiting researcher at the WEB Du Bois Institute for African American Studies at Harvard University and the Kellogg Institute for International Studies at the University of Notre Dame. Her research topics include the critical theory of racism, multiculturalism, Latin American political thought, and Afro-descendant political and social movements in Latin America.

Among her most notable works are:

The books Race and the Politics of Solidarity (Oxford University Press, 2009) and Theorizing Race in the Americas: Douglass, Sarmiento, DuBois and Vasconcelos (Oxford University Press, 2017), which won the Ralph J. Bunche Awards for Best Book on Cultural Pluralism and Best Book in the Race, Ethnicity, and Politics section of the American Association for Political Science in 2018.